Note: This game is on HIATUS. It will be returned to, though there is yet to be a date. Also, last I was aware, it doesn't really work. I apologize for the mess, but I am thankful for those who are patient.

This game is in early, early early Alpha. It does not always work. It is in SLOW progress, as well. There may be long periods between updates.

You play as Harold, a generic Hero born into a small town in the middle of a forest. He has never been further than his small home town of Forestia, but to the people there he is a Hero. Harold's life revolves around the understanding that he is the Perfect Hero- and he acts like it too, cocky as hell and kind of a jerk.

Until he's put to the test- and then he realizes he's not the Hero he ever thought he was. After a terrible incident, Harold loses everything- faith in himself, faith in the world, and his best friend. The King's daughter is kidnapped by an as-yet unknown foe and carted off for who knows what, and no one is stepping forward to go and save her.

Will it be Harold who saves her? Or is he too broken to do anything except find a Hero who can?

Generia is a game that was designed to help me, the developer, learn how to finish a project. I know, ironic, considering how long it's been and the fact that it was shelved. This game was started with a set of rules I gave myself:

1) I have one week
2) I was not allowed to make any art or music for this but to use only what I had on hand
3) I would livestream the entire project and maybe include some viewers as NPC's
4) Just finish whatever you can for the project, but finish it.
5) Game MUST be generic. No crazy plots.

First of all, that first rule is hilarious and we all had a very good, hysterical laugh about that, so that rule is obviously out. The rest of it still holds. All art, all music, everything is based either on vanilla RPG Maker MV or from art packs/downloadable scripts/music packs. The idea is to finish the project. No overhead. The plot is still, I think, quite generic, if simplistic. We'll still be streaming this.

Monica Prunier, aka Darkovika, aka the person writing this- me. I am a Programmer, a one-girl Development team, working in RPG Maker MV to put this extremely generic game together in what was originally supposed to be 7 days. Livestream schedule TBA. You can watch here. I am currently using assets included in the Engine, plus music from several DLC's. I am compiling the credits for the music and art and will be sure to give credit where it is most certainly due, but I am essentially ONLY creditable for the story and the events and the database. We're also incorporating Yanfly's Enemy Levels script in this.

I am a Software Engineer, and I graduated with a bachelor's in science for visual and game programming. Toward the end of one quarter, I started playing with RPG Maker MV, trying to test the strength of its new Javascript capabilities, and I threw together a basic level to work with so I'd have something to test. I fell in love with the engine, because I have weird tastes. RPG's are my favorite genre of games.

I am by no means an artist, but I am both programmer and writer.

If you have any questions regarding Generia or even myself, feel free to contact me at darkovika@gmail.com. I cannot promise I'll get back to you immediately, but if you have more pressing questions it's actually easiest to reach my from any of the following social media, especially on twitter:

As of right now, exact specs are unknown, but the game will run on most computers made within the last 5 years. As this was made in one of the latest RPG Maker engines (specifically MV), nothing extra is required to be downloaded in order to play the game. I'm working on making this a browser game for ease of access, but it may also have a downloadable version.

The game also has touch screen compatibility as well as the ability to use the mouse to control and play the game. Click on a square and the characters will move toward it.

Generia is meant to be the most Generic Game you have ever played. There will be some creativity, but pushing the market and the limits of RPG's is not the goal of this project.

CREDITS for Yanfly's Enemy Levels Script, which is in the current build of this game, as of GeneriaV0.15. 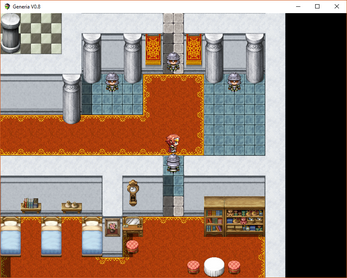 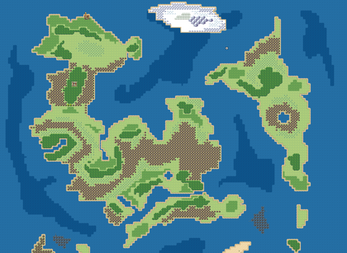 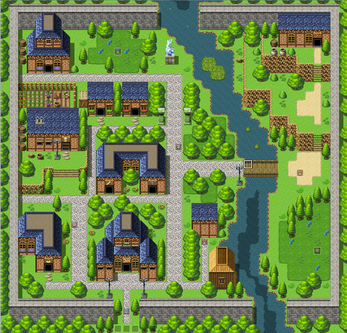 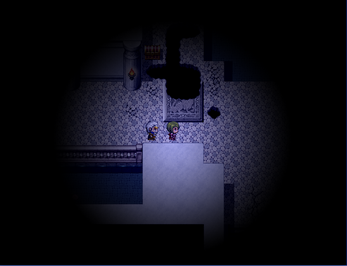